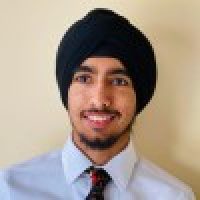 Mehar is a Senior at South Brunswick High School, Monmouth Junction, New Jersey who is passionate about computer science and its applications! He is the lead Python/HTML/Java Developer and his passion for helping others pushed him to create HS Navigator platform during his sophomore year. Mehar is AWS Certified Machine Learning Specialist, AWS Certified Architect Associate and Oracle Cloud Infrastructure Foundation Associate. He is member of several school teams and clubs including Science Olympiad, New Jersey Science League and more and won several awards in the competition. He enjoys spending time learning about topics like Astronomy and Cryptography. Out of School, he loves playing Percussion, Reading books, Cooking, volunteering and Tutoring. Recently worked as Teaching Assistant/Intern for Columbia University AI4ALL program, helping students with the basics of AI and Python. He has also attended Princeton University AI4ALL program camp and Air Force Association Cyber Security camp and continue to apply his learning to pursue HS Navigator website even further. Check his profile at Mehar Profile. Dhruv is a rising senior at Johns P. Steven High School, Edison, New Jersey. He has worked with various programming languages and technologies including HTML/CSS, Java, Python, PHP, and SQL. Highly Analytical, motivated, and skilled at solving programming problems, he has been overseeing the implementation of this project and is the key in designing and deciding the technologies to use. He is studying programs in Artificial Intelligence with Stanford University CA, AI and Cryptocurrency with Columbia University, and Machine learning, AI with New York University. He is a competitive gamer in esports. He is developing a computer game of his own. When not on the computer, he loves to play the guitar. He has been into the development of small-scale model airplanes and is a member of the Academy of Model Aeronautics. He is also passionate about fish and maintains two aquariums of his own. 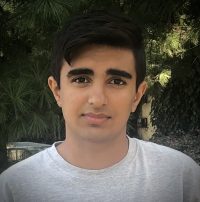 Arsh is a Junior at South Brunswick High School, Monmouth Junction, New Jersey. He is passionate about STEM and wishes to immerse himself in the field of Computer Science. He is proficient in languages such as Java, Python, HTML/CSS, and Javascript. He uses these skills as a side hustle to build websites for small businesses and nonprofits. At SBHS, Arsh has become a member of various clubs and teams such as the Computer Science Club, Track and Field team, Cross Country team, Soccer team, and NHS. On his school teams, he has earned various medals for athletic as well as academic excellence. In the Computer Science club, he has participated in various hackathons and has won a few of them in the ‘expert’ categories. Outside of school, he likes to learn about other critical modern-day skills such as stock trading, investing, foreign languages, and cooking. Since 2018, he has been a prominent member of nonprofit organizations such as A2Z mentoring and Everest NGO, which seek to help kids from underserved communities by providing them one-on-one mentoring to expand their knowledge in STEM. Arsh is also an active member of the Scouts of America, where he uses his leadership skills to guide younger scouts and organize events and activities for the members of his Troop. In 2017, Arsh got inducted into Order of the Arrow National Honor Society for exemplifying the values of Boys Scouts of America. In his free time Arsh enjoys scuba diving, cycling, reading, playing video games, and listening to music.

At HSNavigator, Arsh is responsible for the technical design and implementation of new features. He hopes to use his technical skills to improve the website and further use his volunteering and mentoring experience to use the organization to help underserved communities. 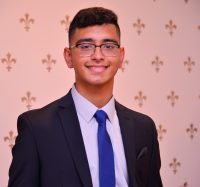 Jaideep is a Senior at North Brunswick High School, North Brunswick, New Jersey and is passionate about business, especially Finance and Marketing. He serves as the Vice President of the Mediterrasian Club, North Brunswick’s Asian-American cultural club, and is also heavily involved in his school’s DECA chapter. He has competed in the Financial Services Team event in DECA and has been placed 1st at the Regional competition. He hopes to apply his business knowledge and experience to HS Navigator. As Business Director, he oversees a wide range of functions to help drive the growth of HS Navigator, building and leading critical functions including Finance and strategy and leading external and commercial partnerships. 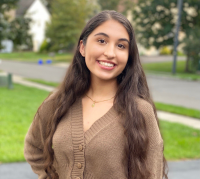 Anmol is a Junior at the South Brunswick High School, Monmouth Junction, New Jersey. She is very interested in business with a concentration in Marketing and Finance. She serves as a volunteer in all different aspects of her community both local and religious. In her free time, Anmol enjoys playing lacrosse and is on the South Brunswick lacrosse team. As a leader, she is involved in her school’s JSA chapter, Asian Club along with South Brunswick Student Council. She hopes to provide her creativity and knowledge to HS Navigator!. 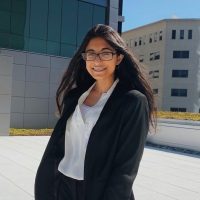 Alveera Munshi is a Sophomore at South Brunswick High School, Monmouth Junction, New Jersey. She is very passionate about computer science and helps develop CS and other curricula at The Amal foundation and Code 4 Tomorrow and does graphic design for Allgirlithm, Health.Right.Now., and Mind Spark. Alveera is the Board Secretary of her school’s startup club, XSTEM, and volunteer as an Assistant Teacher at her local mosque. She has been learning Java and Python and hopes to learn Swift, HTML/CSS, and SQL. She is also working to help with the IOS development of the HS Navigator app while honing new Skills. 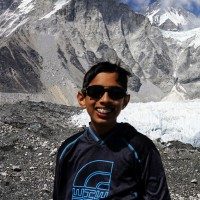 Rishi is a freshman at Downingtown West High School, Pennsylvania. He is always looking for ways to optimize his fascination in the fields of Robotics and Computer science. He enjoys solving everyday problems through technology such as his recent project in the Python language. Rishi is heavily involved in Robotics and Mathematics competitions including being a National qualifier in VEX Robotics. He is a certified Python, HTML and Javascript programmer and has knowledge of CSS and SQL languages. Rishi also loved to be in the outdoors and, as an avid Hiker and Trekker, he aims to climb all seven summits of the World. Killimanjaro is already crossed off the list! He has also been to Everest Base Camp, Patagonia and several national parks across the United States. Rishi hops his passions both as an Analyst, Creator as well as outdoors man continue to propel HS Navigator towards greater success.